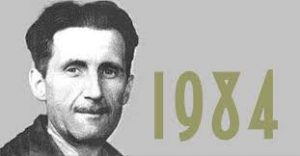 George Orwell penned one of the greatest books that the world has ever known and that are exactly what this novel is. Nineteen Eighty-Four, which is sometimes published as 1984, I one masterpiece that goes down in history as a book that is not only rich in intrigue but also opens the world that not many are familiar with. The novel was published in the year 1949, just a year before George’s death but it remains a book that will withstand the tests of time as the subject is one that is here to stay. The book is set in a place called Airstrip One which is the present day Great Britain which is a province of an enormous state known as Oceania and here there is a lot of perpetual war going on. There is a surveillance system by the government that is meant to keep all these people in check and manipulation as well as total authoritarianism is practiced on the subjects. This is otherwise known as English Socialism, and it is the order of the day around here, and you have to live by it. Individualism or rather 8indenepent thinking is highly discouraged here, and it is punishable by the Inner Party which is composed of the society’s elite few.

There is supposedly a party leader who goes by the name Big Brother but if he is fiction or not is something that the citizens do not know. This party is not in the least bit interested in the good of the general public but rather enjoys just acquiring power, and that is all it is about. Winston Smith, who is the protagonist of this book, is a member of what is called the Outer Party and whose job is to rewrite past newspaper articles so that they are in line with whatever propaganda that the government is spreading. Their work is also to destroy any newspapers or evidence that is contrary to what the government might have said. By this method, the government remains in control of power and manipulation of the general public is made the way easier. This is basically what the book is all about, and if you read further, you will see why it is considered one of the best books of all time.

As far as dystopian sci-fi and political fiction are concerned, this is hailed as one of the best books of all time. The terms Big Brother, thoughtcrime, doublethink, Newspeak, as well as memory hole are all phrases that Orwell coined in this novel. These terms have been included in the modern use, and this is just among the few reasons why this remains an excellent book. The content that is delivered here is juts beyond any regular writing and the plot too does not fail in the least bit. The style of writing too is something that only Orwell possessed. The book has received a lot of literary awards that prove to show further how a classic this was and sill is. Deception, secret surveillance as well as manipulation is what it is all about and it is delivered brilliantly.

This post proudly sponsored by this Portland tree removal near me!